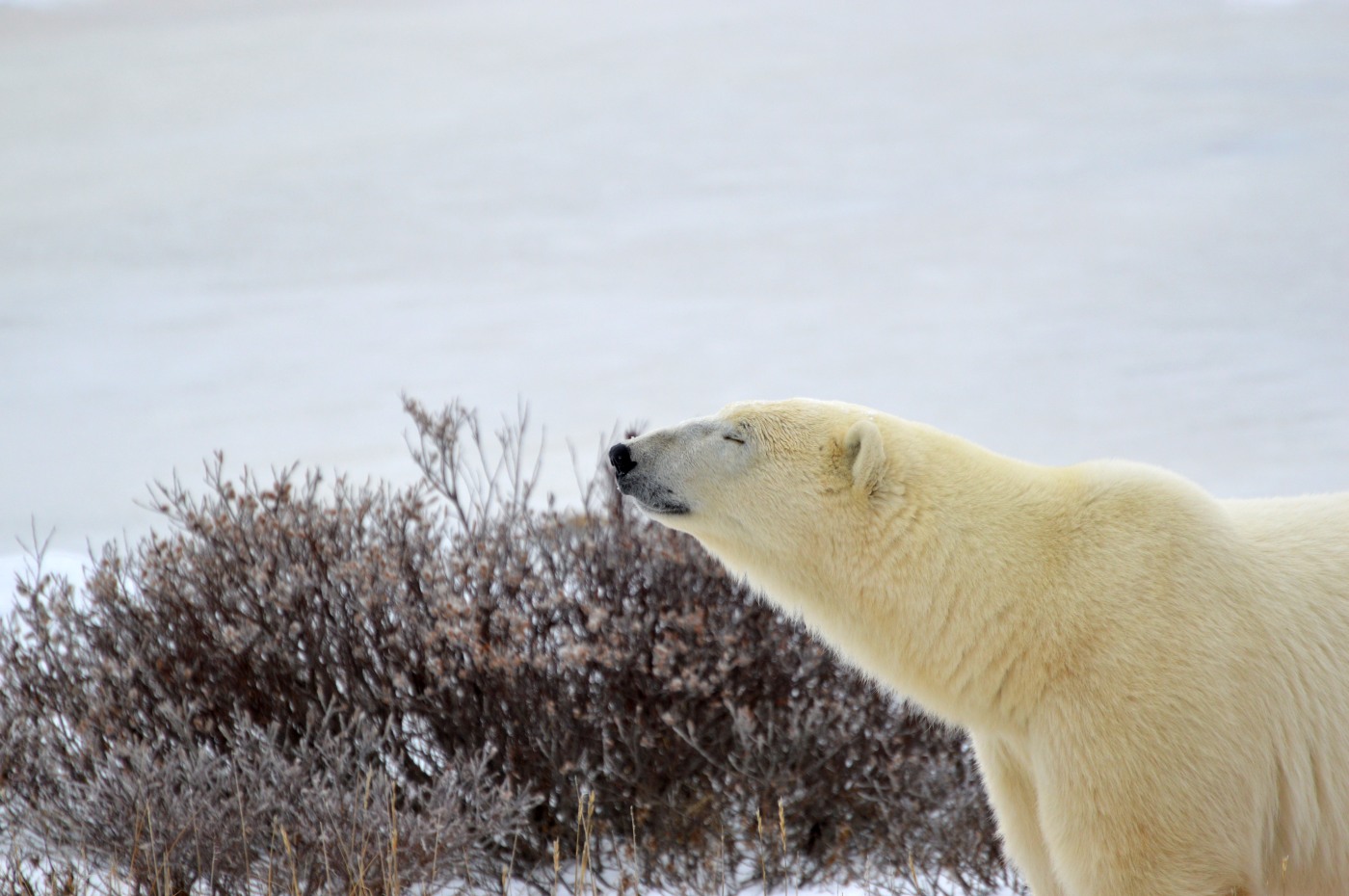 It is the Canadian fall of 2016. Somewhere on the Arctic Tundra, in the remote Province of Manitoba, is a fenced cabin. What brings the weary traveller to this icy verge where civilisation ends 30 miles southerly?

The idea of pushing beyond civilisation would have been an exhilarating enough experience to justify the haul, but when, at Churchill airport me and my wife were promptly informed there was ‘a polar bear waiting for us’ on the cabin’s runway, the gammy hold of 4-flight fatigue suddenly limped up, and we were reborn as 2 Disney Land bound children. It sounds whimsical, but this was a dream…

A year on, these are 3 of the things I often still reflect on:

First Ever Sighting of a Polar Bear!

As our guides at the airport had promised, our meet-and-greet bear didn’t let us down, as we barely had to walk 20 paces from the snow grounded plane before our first glimpse of bear. Our guide’s instructions to walk with ‘a steady pace’ were slightly conflicting with my heart, which was about as steady as a jacked up pole vaulter, with my eyes eagerly attempting to propel themselves out of my face and overtake the unbearably patient guide. Just about managing to hold myself together until the anticipated moment, there she was: a young female bear lazily rubbing herself clean in the fresh snow, gazing up every now and then to question our presence, before resuming a snow spa. Once satisfied, all 450 kilograms of bear rose, and as if summoned by the spirit of the wilderness, gently faded into the endless shimmering white of the tundra. I often dream about this bear’s dinner-plate paw prints disappearing into the unknown, and I can’t help but marvel at her independence in such a formidable environment.

Polar Bear in a snow storm

The power of a tundra storm is in its ability to leave the senses lame; wind blasts heave against you, accompanied with a sonic force that is deafening. In the wild flurry of snow, I remember gazing 3 black buttons fastened through a white sea (a polar bear defining the true meaning of blending into one’s environment). Focussing on the bear’s stillness, as this force of nature swept in, transported me to a calmer place. Stop. A word this bear embodied in the middle of a snow storm and something I now try to remember to do when I feel like I’m walking against modern life’s equivalent of a snow storm.

Waiting for hell to freeze over

As much as it would be aesthetically pleasing, casting a polar bear in a staging of ‘Waiting for Godot’ wouldn’t work; polar bears spend half of their lives away from their richest food source, and do an impressively graceful job of playing the waiting game. Considering how waspish I get after an unwanted delay pushes dinner back an hour, this is impressive. In the heart of summer on the tundra, temperatures can reach 20 degrees (hell for a polar bear), and it isn’t until November that the sea ice which they rely on to hunt seals begins to form again. Considering their reputation as formidable, ravenous beasts that are capable of eating anything in their path, I was amazed by their resistance to hunger in this period of transition. My favourite photograph from this trip (pictured above) was of a young female gently inhaling the aroma of my flask of soup, closing its eyes as if to prematurely transport itself back to its fruitful hunting grounds. Such graceful patience I am yet to find in myself. 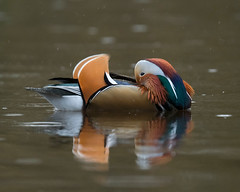 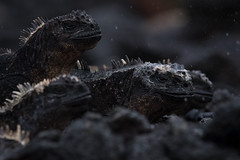 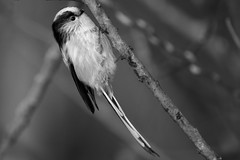 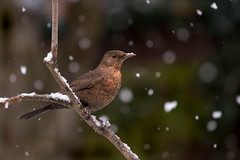