Stood amid a myriad of gannets revolving around the Yorkshire Belle was both an immersive and hypnotic experience, even if it brought the Dick Dastardly out in a few of us.

The world of the gannet is one I was increasingly drawn to before heading up to Bempton Cliffs earlier this year. Their synthetically blue stare is as penetrating as their ability to break the sea’s mettle with the precision of a needle. But gannets can be equally heart-warming, with their endearing nest displays of beak tapping and head bobbing easily capturing the attention of any keen photographer; the largest mainland colony of gannets in the United Kingdom sounded like a good place to see them in all of their promised elements.

From the viewing platforms set up over the cliff face of the reserve, we were soon hitting the nesting gannets, who were as abundant to the cliffs as nibbles to a Christmas party. Glorious. Something was against us though: a westerly wind ensured the swooping sea birds remained tucked far below the cliff verge; too out of reach for my 400mm reach of lens. Albeit, amongst thousands of participants, there are of course a small minority who are prepared to break the rules and, indeed, the wind current.  With a little patience, a few soared into spectacular eye-level view, before being quickly pushed down again into the din of blue beaks below; thankfully these brief encounters provided some satisfying photo opportunities.

As for portrait shots, gannets are fairly restless creatures, meaning those that were obscured by the rocks below didn’t stay hidden for too long before stretching their necks out into the golden light (although, this did mean that at times I became a little too keen to frame more gannet than my gravity-prone legs would permit on a dramatic cliff edge). From my vantage point, with enough regular scanning through the colonies, it became quite frequent to witness a beak-tapping display or 2 in motion. After observing this giddy behaviour a few times, I learned that they tend to precede 1 of the pair taking a leap into the unknown, leaving me to wonder what communicative purpose this affectionate sword fighting may serve.

After a golden display on the real love island, I was about to witness the more formidable and unexpectedly comical side of these glorious creatures via a ticket that secured me a place on the herring-loaded Yorkshire Belle from Bridlington harbour.

The first customers to our fish offering were the herring gulls, whom I have to admire for persistence when it comes to keeping the course of a boat when food is nigh. Those that missed the rush hour scarpered with a mouthful of herring in the cleanest possible fashion; those that were less fortunate were suddenly printed in the eye of a thousand needles closing on the boat’s wake. The first bolt of lightning was quickly succeeded by a wave of exploding beaks on the water. The herring gulls soon realised their match and faded out into the distance as a whirlpool of gannets formed, cold eyes, revolving around the boat as if to summon surrender.

The sheer encompassment would alter any mind, and surrender my faculties I did as my intentions to fill my memory card with diving gannets was falling in vain as the assaulting colony left me temporarily insensible to lenses and shutters. But, they often say it takes a wet kipper to retain a man’s sensibility; in my case it was the brush of a cold herring as the skipper lost his grip of the bird bait prematurely. Humiliated out of my trance, I was ready for action.

That the gannets hit the water at roughly the same speed of light posed a challenge to my reaction times. My best bet was to focus on the doomed herring as they slapped the water, with the hope of getting an emerging rather than submerging catch. Since it was quite common to see up to 5 taking the plunge for the same fish, this often involved a great deal of squabbling on the way up again, calling me to slow my shutter speed down with the hope of capturing an impression of the chaos that ensued with each offering. After breaking the surface of the water, in Dick Dastardly fashion, the losers would immediately lock on to the prize winner with a look of bitter resent (‘DRRRRAT!), refusing to accept defeat until the herring had been swallowed whole in the blink of an eye (ample time for a keen enough gannet to snatch the prize). After several minutes of displaying my own Dick Dastardly routine, double DRRRATING at the foil of my machinations, my routine strategy was gradually getting the desired results, with my reaction time and framing technique improving with each fish-in-mouth emergence. During the feeding intervals, the circling gannets became good target practice, some coming as close as if to give the impression they were taking gannet selfies (follow the link to my flickr page for one of these). This was photographic heaven, and everybody seemed to be having a good time (except those that went away with an empty stomach maybe).

Breaking the concentric formation with 2 empty fish barrels was like waking from a dream, and looking out over the sublime East-Yorkshire coastline, as the boat cruised back towards Bridlington, painted the picture of still serenity after the former frenzy.

I had stared into the eye of the needle and seen all of what is also innately human: a drive to protect, to display one’s loyalty, and the fierce competition that encourages us to up our survival game, or in some cases: clown around on the water like a cartoon-character villain who doesn’t know when they’ve been beaten, but hey, everybody watches ‘Wacky Races’ for Dick Dastardly anyway.

3 thoughts on “Staring into the eye of the needle” 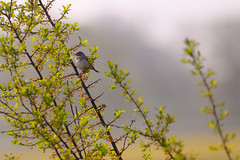 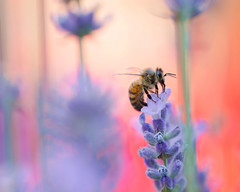 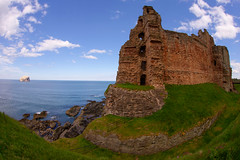 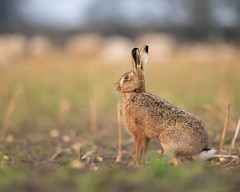